Orcsplitter, Princes of the Apocalypse… and YOU!

Home » Dungeon Master » Orcsplitter, Princes of the Apocalypse… and YOU!

This article includes numerous spoilers for the adventure Princes of the Apocalypse. If you do not wish to discover information about this adventure, please refrain from reading any further. 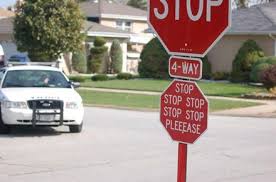 The allure of the elemental princes is palpable in this troubling days, and the city of Mulmaster will know the rage of those distant evils soon enough…

… but today we’re going to need to chat about a specific event over on the Sword Coast, inside the Halls of the Hunting Axe. After clearing the ancient hallowed halls of corrupt mages, twisted dwarves, and more golems that you’ll ever want to face you may find the fabled treasure of King Flametongue. Upon his remains lies the magnificent axe dubbed “Orcsplitter”.

Now, in the full adventure this weapon has several abilities, is full of anger when presented to orcs, and possesses a sentience that is not unlike a certain weapon from Hoard of the Dragon Queen (season 1, anyone?) in its desire to keep itself, and its wielder, alive and in the fight – and therein lies the problem. Organized Play items need to be simple to implement across a multi-table, multi-environment play experience and sentient items, no matter how “cool”, are going to be handled quite differently from DM to DM. To that end, the D&D Adventurers League administrators have decided to roll out a replacement text block for the culmination of the good King’s tomb. As the adventure is written a band of Harpers ask the characters to trade Orcsplitter for a few items, but those items are not listed and are up to the DM to decide. That’s not something we want to have be random or chosen outside of the League, so here, we’ve given DMs and players a few choices of what to trade for.

Please replace the entire “Aftermath” section on page 187 of the Princes of the Apocalypse adventure with the following:

Alan Patrick
Resource Manager at D&D Adventurers League
Hailing from the wilds of central Michigan, Alan has provided a warm home to a wife and two cats over the years.Of course, they all have to fight with the ever-expanding collection of beholder-related paraphernalia - and the recent arrival of his son.

Hailing from the wilds of central Michigan, Alan has provided a warm home to a wife and two cats over the years. Of course, they all have to fight with the ever-expanding collection of beholder-related paraphernalia - and the recent arrival of his son.