This is the second in a series of 4 articles written from the perspective of a brand new D&D player. The articles are written with tips and thoughts for DMs, organizers, and shop owners who hope to welcome more new players like me to the fun of D&D Organized Play. Today I’m speaking to organizers.

Right up front, let’s acknowledge that being an organizer is often a thankless job. I should know, I’ve organized lots of different groups for lots of different things and haven’t been thanked one time. Not that I’m bitter or anything. OK, I’m a little bit bitter, but I’m better now, thanks for asking.

That’s why before we go any further, I want to make a point to remind each of us to take just 10 seconds to sincerely thank those who are organizing our Adventurers League events. Simply say “thank you” and give them a high five, or a fist bump, or better yet, one of those great second level hand shakes where you add in all sorts of sweet hand motions. I hear that organizers love those.

Now, some words for the organizers. Remember, a guy like me had never been to a D&D Adventurers League event before. I didn’t know where to look, what to expect, or know a single soul in attendance. I only had the new D&D Starter Set and an itch to roll a d20. So the pressure is on the organizer to lessen some of this anxiety for brand new D&D players.

First, make it discoverable. The D&D Adventurers League website does a great job with their store locator. In seconds I was able to find stores near me who were running organized play, and immediately clicked through to the store closest to me.

Unfortunately, when I clicked through to the store website I couldn’t find diddly squat about D&D Organized Play. So I clicked through the organizer’s email embedded on the Adventurers League website and shot him a quick email. A week later and all I had heard were the sounds of silence.

This soured me on that particular store, so I hopped on meetup.com and typed in D&D. Immediately, I found an organized group at a shop just a little further away from me. The organizer’s picture was right there with a smile that said, “I’m friendly.” He had even created a simple custom banner for the top of the meetup.com page that said, “We want YOU.”

You want ME to attend your Organized Play?

Needless to say, those little touches help me feel welcomed and the added bonus is that I’m already familiar with meetup.com (as are millions of other humans), so it made the whole thing very discoverable for me.

Second, organizers should respond quickly and kindly to questions. I still had hesitations if new players were being added to the group, so I figured I should ask, and I did so right in the meetup.com group. Not only did the organizer respond almost immediately, but he was very kind and said that not only was I welcome, but they’d be glad to help me get up to speed with character creation.

Shortly after he responded, others in the meetup group responded as well, saying they were excited to have me come for the first time. The hook was set.

I don’t mean to be shilling so hard for meetup.com, but it allowed for several things, not limited to a recognizable platform where many people already are, an easy and quick commenting system, simple RSVPs, and pictures and bios that allow a new player to become acquainted with the organizer, lessening first time player anxiety.

Thirdly, organizers should stick to a consistent schedule. Nothing kills community like a schedule that is inconsistent and hops around. If a new player can’t track with regularity when the group is meeting, then organizers can’t hope that the new players will ever convert into regulars. Sorry, here I go beating the meetup.com drum again, but map out a regular consistent schedule and let their notification features do the work for you, helping you maintain consistency.

Finally, it certainly helps if organizers show up a couple minutes to greet new players when they arrive. I know I got a warm smile and hearty handshake my first time, and look at me, I’m a regular now. 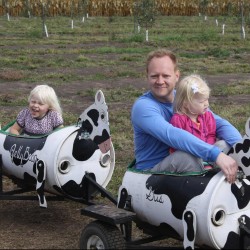